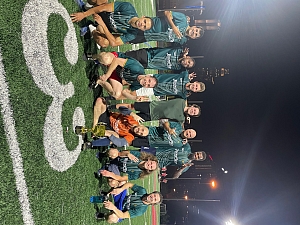 Wednesday's premier championship game saw something of a rare matchup, featuring both finalists from D2 last season 👀 In what is becoming one of Wednesday Open's fiercest rivalries, @roundtripfc and @ultratlantafc played against each for the 5th time in the last two seasons. Like last season's final, it's the brew crew taking a 1-0 win in a close game, and adding another trophy to their bar shelf! This one is a little more special, since it gives Round Trip their 3rd in a row, their first in D1, and an SOPFC Wall of Fame trifecta (appearing for Most Championships, Most Finals Appearances, AND Back-to-Back Championships)! Congrats on the three-peat, and prost! 🍻

After a tough season that saw injuries and unlucky results, White Lines and Grass were relegated from the top division and played this season in D2. The team found its form there with 8 wins in 9 games, and had a firm grip on the table's top spot for the entire season. There was no need for smoke 💨 and mirrors🪞for the championship game either, and a 2-0 win over the Wombats earns promotion and a return to D1! This team's demise was clearly not all it was cracked up to be 😅

It's been a good summer for new teams at SOPFC, and @justmatipfc are the latest of the league debutants to take home their division title! It's tough to lose when your defense puts up zeros on the scoreboard, and that's exactly what this squad did in both playoff games, posting clean sheets in each. Scoring more goals than the next 3 best teams combined probably doesn't hurt either 😉 Congrats on the promotion, y'all, and see you next season!