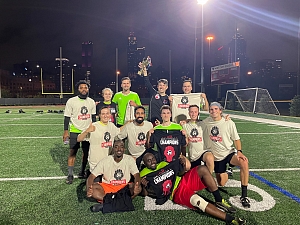 Net Six and Chill vs. Sockers SC is one of the club's oldest matchups, and this game was the 5th final in a ROW these two faced off. Sockers SC wins it in a close one this time, and they take the series lead 3-2. Each team now has 8 total final appearances, putting both among the most successful in all of our leagues. Will we see Game 6 next season? Or will another D1 team step up to break the streak? 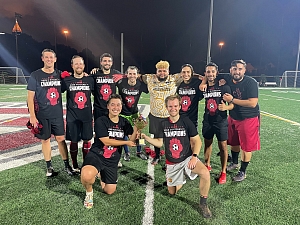 La Tricolor conceded only 4 goals all season before the finals, but 5 proved to be too many! UltrAtlanta scored the goal they needed and won the D2 title by a score of 1-0, giving their top-seeded opponents their only loss of the season. This one is extra special, because the clean sheet hero for the Ultras earned that elusive first SOPFC trophy in his 14th overall season and 5th final appearance!! Congrats @_latinheat, and the rest of the team, and good luck next season! 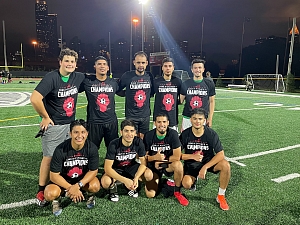 We're used to seeing this group in our Monday Coed league, but this version of Pitch Slap put the Wednesday Open league on notice. No team in D3 scored more or allowed fewer, and they won the final in blowout fashion with a 5-1 score! This was definitely a case of the best team getting the win, and we have a feeling they'll give some of these D2 teams some trouble.