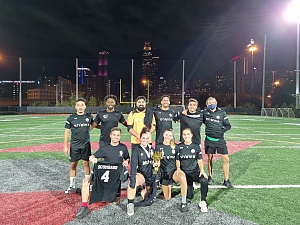 We had a rematch of last season's D1 final this time around, with Atlanta Beasts and HJ's Scumbags facing off again in another close match. This one went the Scumbags' way, and the win means they have earned their 3rd trophy with SOPFC in just seven seasons, along with a “Most Championships” debut on our Wall of Fame 🧱 ⭐️ Congrats on another great season y'all, and thanks for all of your support! 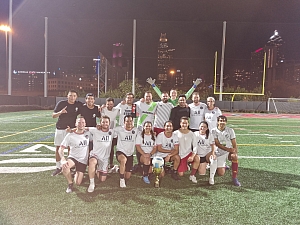 After losing their week 1 game 3-0, Vodka United decided they'd give the rest of the regular season their best shot. In what can only be described as an Absolut and complete effort in the next 6 matches, the team went undefeated and entered the playoffs as a 2 seed. Spirits were clearly high for the postseason games, and this group went on to score SEVEN while conceding only once in their semifinal and title matches! Nearly a year ago to the day they won their last trophy, so maybe this is proof that trams that drink together win together 🍸

Kings of the Mountain 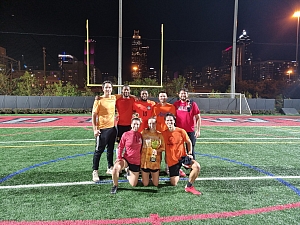 Picking a team in their first season to win it all would be considered hair-esy in most cases, but Manchesthair UTD were clearly a cut above the rest ✂️ A 3-0 clean sheet in the semis followed by a 5-3 win in the finals means UTD is a lock for D2 next season, and we have a feeling they'll make more than a few waves over there, too. Sheer luck? More like shear talent 😉