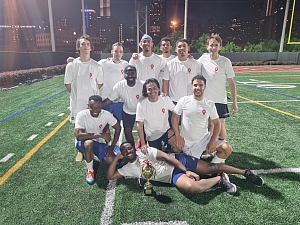 D1 playoffs are usually a lock for tough games, and after entering the most recent postseason as a 3 seed, Fighters were going to need to....put up a fight if they wanted to win Tuesday's toughest division 🥊 Despite a 2-6 regular season loss to final's opponent and heavyweight Nike World VII, Fighters dealt the knockout blow with a 3-2 win, and claim their 3rd trophy in team history. That number ties them with several teams for 3rd all time among SOPFC teams, and they'll look to keep moving up the charts next season! 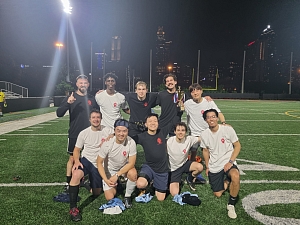 It was a rematch of the D3 finals from a couple of seasons ago, but Atlanta Rocket beat Terminus again, this time for the D2 title! This team just seems to gravitate towards winning trophies, and judging by that championship photo, we'd say they're over the moon about it. Houston, please set a course for Division 1 🚀